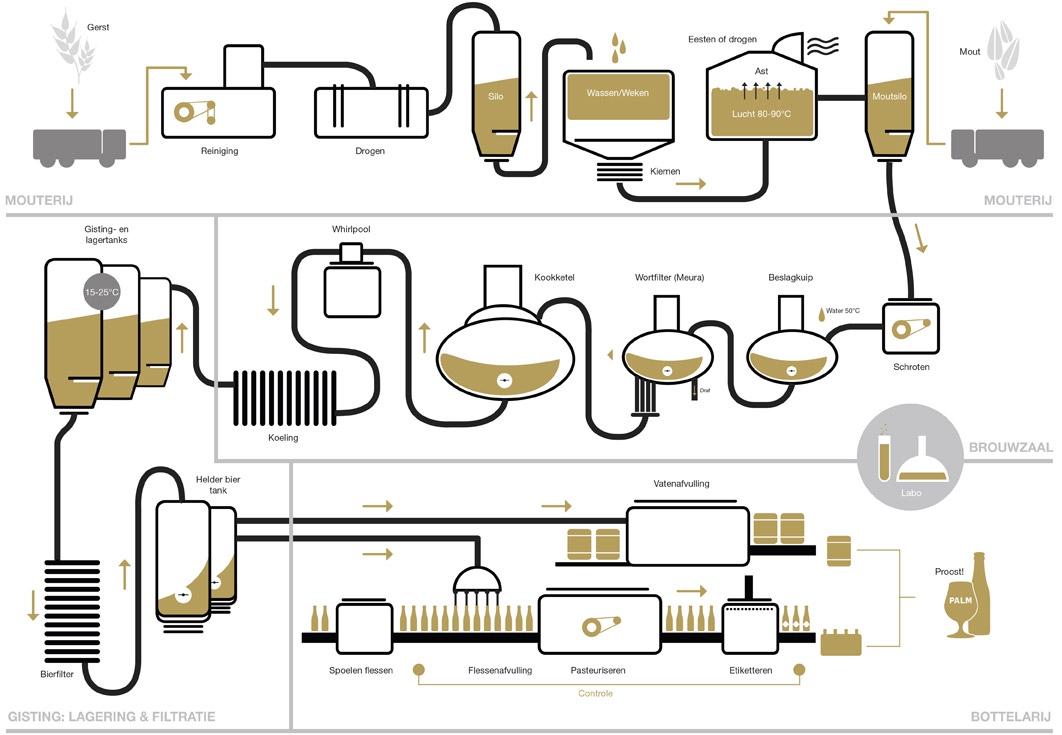 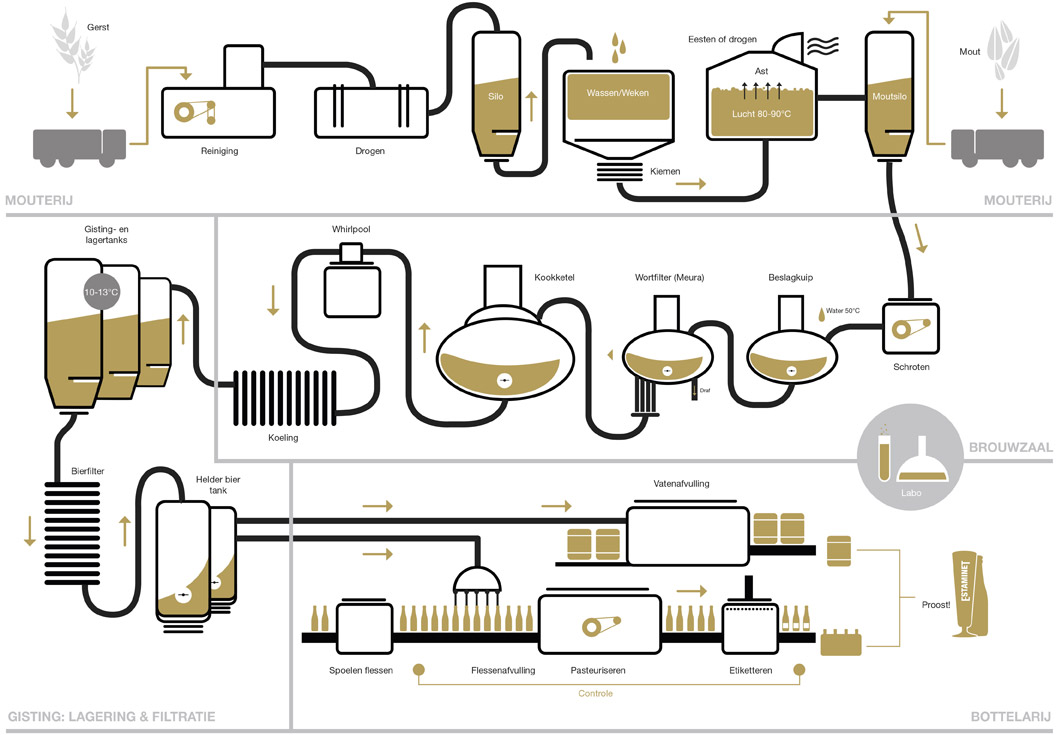 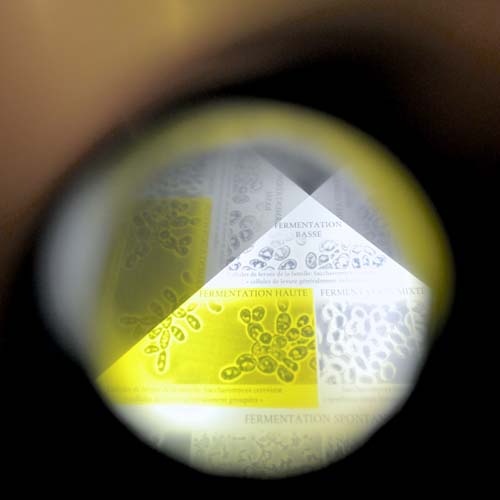 Unlike the extremely low mineral content of pilsner brewing water, brewing water for topfermentation beer is high in calcium, magnesium and their salts, sulphates and chlorides.

Bitter hopping: for top-fermentation beers, high alpha, non-sour hop varieties added at the start of the boiling process are mainly used to bitter the beer. A selection of aroma hops is added at a later stage and provides the desired aroma profile.
Late hopping: aroma hops are added at the end of the boiling process in order to prevent the hop aroma from being lost due to evaporation as the brew is boiling.
Dry hopping: extreme hop aromas are obtained by adding aroma hops after the fermentation process, so that alcohol-soluble hop oils are also released.

The use of hops became widespread in the 15th century. Before then, all beers were flavoured with herbs and spices. However, herbs and spices still contribute to the complexity of the flavour and aroma in hopped beers. A blend of herbs and spices is known as a “gruut”. Some frequently used herbs and spices are bog myrtle, rosemary, coriander, juniper berry, cinnamon, anis seed, cloves, sage and bay leaf.

A yeast strain selected from the top-fermenting species known as Saccharomyces Cerevisiae, which is active at high temperatures (ambient temperature 15°C to 25°C), is used to ferment the brew.

Thanks to its top-fermentation beer brewing tradition handed down across the generations, PALM Breweries has amassed an impressive collection of yeast strains. Every yeast strain has its own “character”; in other words, its physical behaviour during fermentation and the aroma it creates. 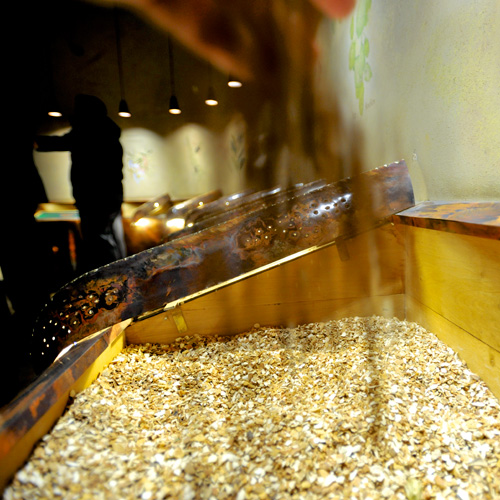 Pale malts with a low protein content. Quality malt is made from summer barley. Winter barley has a thicker husk, contains more tannin and gives the beer a sour, stale taste.

These do not contain any proteins and are used to lower the protein content in malt, which is sometimes too high. The German “Reinheitsgebot” (beer purity law) does not permit the use of maize or rice, which sometimes results in beers that have much too much bite or which are not as refreshing.

Bitter hopping increases the digestibility and thirst-quenching qualities of a beer, provided that the bitterness does not cause a sour taste. The choice of hop variety, the quantity used and the time when it is added to the brewing boiler play a part in determining the flavour and aroma profile: bitter hopping is carried out at the start of boiling and aroma hopping at the end.

A yeast strain selected from the bottom-fermenting species known as Saccharoymyces Carlsbergensis, which is active at low temperatures (0°C to 10°C), is used to ferment the brew. Bottom-fermenting yeasts, originating from the Czech Republic, remain active at these low temperatures, unlike bacteria. Bottom fermentation was therefore a good method for brewing beers that would not turn sour.

Maturation of bottom-fermentation beers occurs at 0°C in a maturation (lagering) tank. At 0°C the bottom-fermenting yeasts remain active and continue to convert sugar into alcohol, so that, depending on the pressure in the maturation tank, the carbon dioxide content increases to approximately 5 g CO2/l.