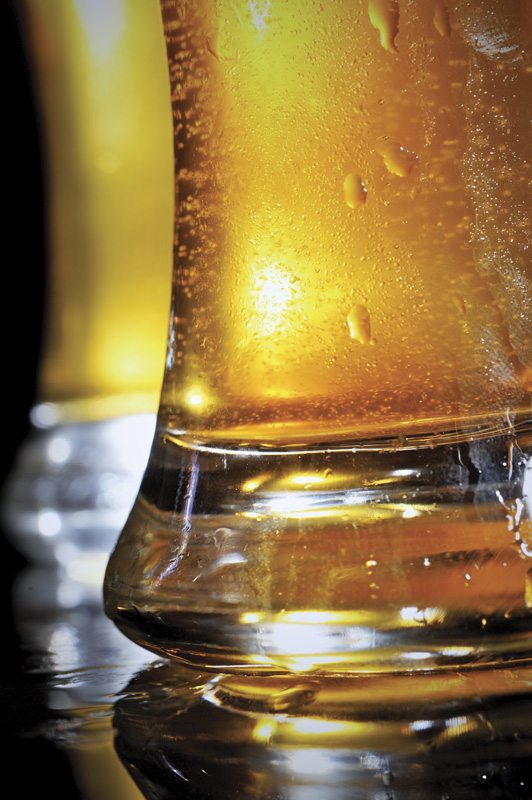 Unlike the extremely low mineral content of pilsner brewing water, brewing water for top-fermentation beer is high in calcium, magnesium and their salts, sulphates and chlorides.

Bitter hopping: for top-fermentation beers, high alpha, non-sour hop varieties added at the start of the boiling process are mainly used to bitter the beer.
A selection of aroma hops are added at a later stage and ensure the desired aroma profile:
Late hopping: aroma hops are added at the end of the boiling process in order to prevent the hop aroma from being lost due to evaporation as the brew is boiling.
Dry hopping: extreme hop aromas are obtained by adding aroma hops after the fermentation process, so that alcohol-soluble hop oils are also released.

The use of hops became widespread in the 15th century. Before then, all beers were flavoured with herbs and spices. A blend of herbs and spices is known as a “gruut”. Herbs contribute to the complexity of the flavour and aroma in hopped beers as well. Some frequently used herbs and spices are bog myrtle, rosemary, coriander, juniper berry, cinnamon, anis seed, cloves, sage and bay leaf. In Bruges, breweries were obliged to purchase “gruut” from the city’s herbs and spices shop, known as the “Gruuthuse”.

A yeast strain from the top-fermenting Saccharomyces Cerevisiae species, which are active at high temperatures (ambient temperature from 15°C to 25°C), is selected by the brewers of DE GOUDEN BOOM and used to ferment the brew.

DE GOUDEN BOOM, BRUGGE Tripel and STEENBRUGGE abbey beers are each fermented with their own top-fermentation yeast strain, which gives them a phenolic, smoked aroma.