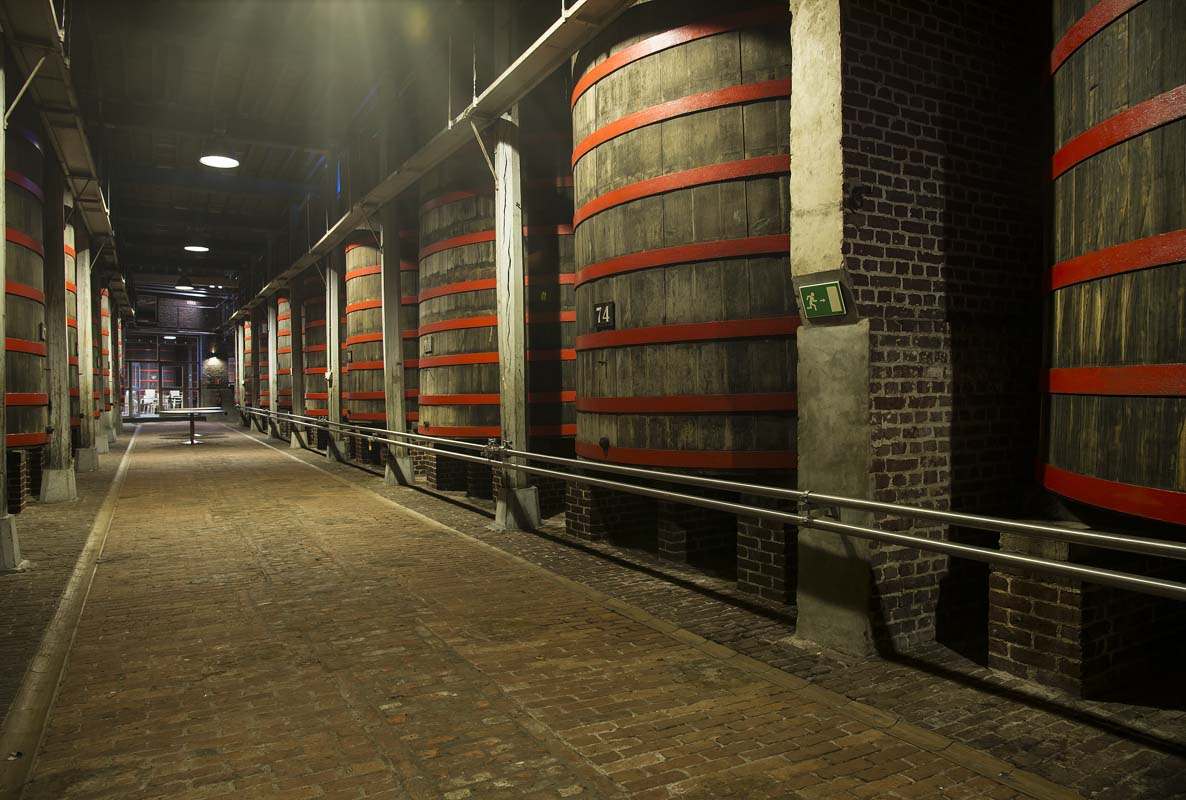 The brewing water usually has a high mineral content.

Mixed-fermentation beers use malts that have been darkened in the kiln. This directly determines the red-brown colour and much of the taste of these beers. Coloured malts have high reducing properties, which is better for keeping oxygen out of the brew during the mixed-fermentation and maturation process, thus protecting it from any undesirable aerobic acetic acid bacteria development.

Hops are necessary because of their bacteriostatic properties, which curb the development of undesirable acetic acid bacteria. As sour and bitter flavours do not go well together, hopping is limited.

The conversion of starches to sugars in the brewing boilers proceeds in the traditional manner. The boiling process lasts for an especially long time however, which has two effects:
• further browning reactions, which strengthen the reducing properties of the brew;
• intensive coagulation of the proteins, which further reduces the protein content of the brew.
These two effects contribute towards controlling the development of undesirable acetic acid bacteria.

Secondary fermentation occurs during the 2 year maturation period in oak casks by way of bacterial flora (including lactic acid bacteria and acetic acid bacteria) and wilt yeasts (including Brettanomyces), both present in the oak. They initially form organic acids, which are then converted into fruity esters.

Red-brown beer is a blend of young acidified, mature acidified and oak-matured beer. This lowers the acidity and gives the beer a longer shelf-life. Long-term maturation in oak casks gives the sour beer a complex and agreeable flavour, thus providing this blended beer with a noble edge.